培養團結互助的人文主義：建設愛的文明 / Educating to Fraternal Humanism: Building a Civilization of Love 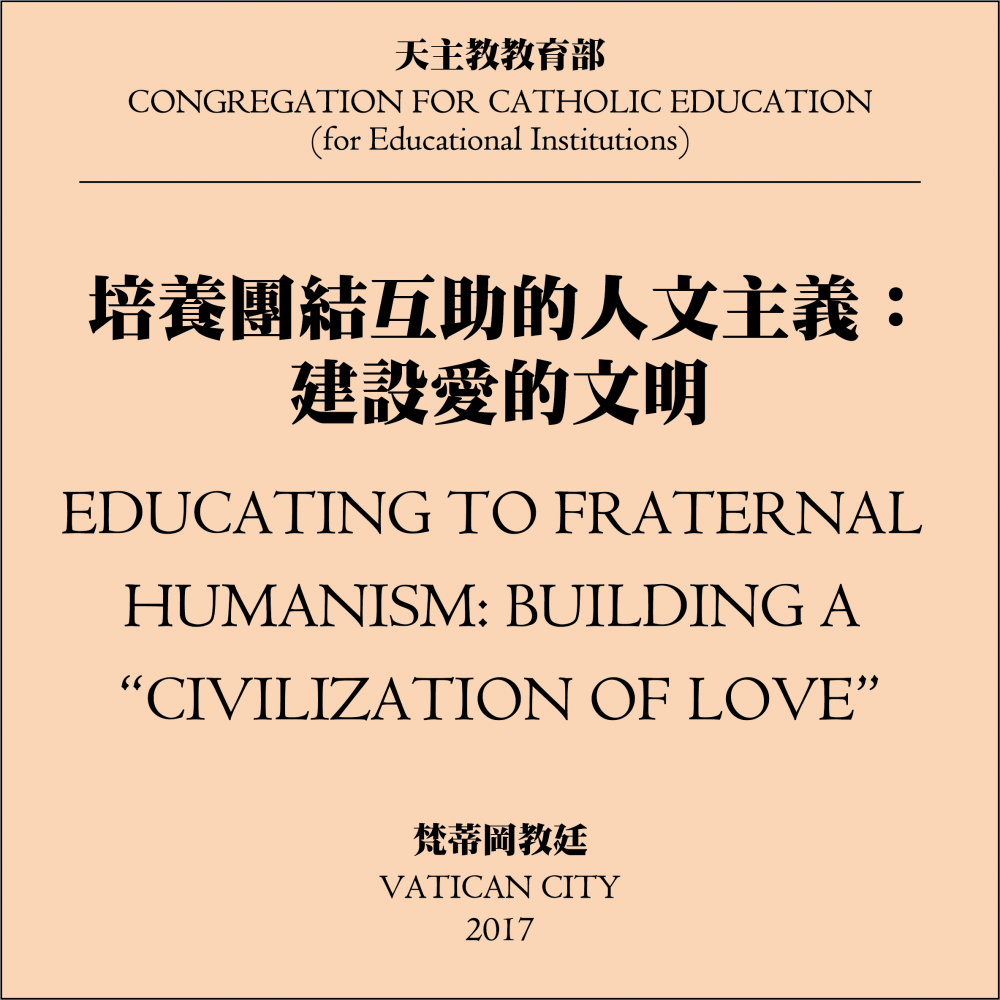 Original texts on the Official Site of the Congregation for Catholic Education:

1. Fifty years ago, in the encyclical letter Populorum Progressio, the Church announced to men and women of good will the global nature assumed by the social question[1]. The announcement did not merely suggest a broader look, able to embrace larger portions of humanity, but offered a new socio-ethical model. One had to work for peace, justice and solidarity, with a vision able to grasp the global horizon of social choices. The conditions of this new ethical vision had emerged a few years earlier, during the Second Vatican Council, with the formulation of the principle of global interdependence and the common destiny of all peoples on Earth[2]. In the following years, the value of such principles was confirmed several times. Modern man has repeatedly experienced that what happens in one part of the world can affect others, and that no one may a priori feel secure in a world in which there is suffering or misery. If, back then, one hinted at the need to look after the good of others as if it were one’s own, that same recommendation now becomes a clear priority for the political agenda of our civil systems[3].

2. In this sense, the encyclical letter Populorum Progressio can be considered the policy document for the Church's mission in the era of globalization[4]. The wisdom that emanates from its teachings is still guiding today the thought and action of those who want to build the civilization of “global humanism”[5],  offering – on the basis of subsidiarity – “feasible models of social integration” that arise from the fruitful encounter between “individuals” and “groups”[6]. This integration express the aims of the “Church that goes forth”, which “bridges distances [and] is willing to abase itself if necessary …, standing by people at every step of the way, no matter how difficult or lengthy this may prove to be”[7]. The contents of such humanism need to be experienced and witnessed, formulated and conveyed[8] in a world marked by many cultural differences, permeated by diverse visions of goodness and of life, and characterized by the coexistence of different beliefs. To realize this process – as Pope Francis says in his Encyclical Laudato Si’ – “we need to realize that certain mindsets really do influence our behaviour. Our efforts at education will be inadequate and ineffectual unless we strive to promote a new way of thinking about human beings, life, society and our relationship with nature”[9]. This document of the Congregation for Catholic Education aims to describe the main elements of an education to fraternal humanism.